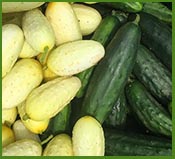 Named one of the top 30 US destinations by Rand McNally.

Select from a large selection of Gallery Quality Giclee Prints.

Pick an Adventure, we have them all.

Waterfalls in the North Georgia Mountains

Waterfalls in South Carolina Up Country

Waterfalls in the Tennessee River Valley and Mountains

Cut with a liquid knife. Water rushes over a rock's sharp edge while millions of gallons of clear mountain water pond the jagged rocks below. Forcing its way down river, the white water cuts through a gorge that has taken an eon to carve, as the rushing liquid rolls across the land, heading out to sea. The power is evident.

A music so gentle it seduces our thoughts, captivating our senses with the fluid sounds of a pipers snare. A veil of liquid silver caresses the side of a steep boulder, gathering its flow into a pool before making its way down the stream and out of sight. The peace is obvious.

Waterfalls are one of nature's greatest mystiques. Since ancient times there have been tales of the magical powers of waterfalls. All cultures have their myths and legends, the Cherokee are no exception to the rule. No matter where you travel throughout the Blue Ridge Mountains, you'll find local communities boosting the grandeur of their waterfalls, sharing their tales of Native American waterfall myths. Many tales seemed to tell of forbidden lovers leaping to their death to express their eternal commitment, while other tales are of supernatural occurrences or tales of healings.

When confronted with the personal character of a waterfall you become overtaken with the sheer awe of the beauty it bestows. Before you, is a self created expression of water and rock, elusively soft and granite hard. The mystery begins with the meek overcoming the strong, destiny always rules over strength as time prevails. It's the water that demonstrates power here, and this is were the mystery lies.

Water plays a natural part in both the physical and the spiritual being. Liquid life suddenly appears from a undisclosed source, most often from above your visible field, yet sometimes it flows out of a crevasse. Descending in a straight line drawn by gravity until it reaches its destiny in a gathering pool. This same cascade continues to travel out, into a stream and is quickly lost from sight by a thick endless forest. The mystery of its appearance and disappearance leads the imagination to the idea of a void, a break in the natural order, a possible door into the other world. All a myth requires to prevail, is a window for speculation the mystery then becomes the imagination's playground for both believers and non-believers alike.

What makes a waterfall? Obviously a drop in the terrain route of a water source. They begin with the natural watersheds. Rainfall drives water down slopes, forming streams that drop with the landscape. Underground springs continue after the rain to feed local streams, keeping the falls active except during extreme droughts. There's no mystery to waterfalls just grandeur and subtle beauty. The greatest mystery nature has to offer us, is the ability to let our imagination believe what it wants to believe, a waterfall then becomes a personal experience to remember however you see fit.

The waterfalls throughout the Blue Ridge Mountains are as accessible within the comfort of your vehicle, or hiking. An abundance of waterfalls many be viewed from the side of the road where as most are located within a short hike on a well marked trail. Some falls are worthy of longer hikes and some falls are not accessible by trail.

The Blue Ridge Highlander is collecting directions to the location of regional waterfalls . We're also starting a collection of waterfall photos to be added to the magazine periodically. Hope we can be of some help.... You come to the mountains, but you can only visit a waterfall.

Caution: Keep in mind, waterfalls are beautiful, but they are not to be climbed on, they can be dangerous, people have been seriously injured and in some cases have lost their lives climbing on waterfalls, they are posted for a reason, so enjoy while you are there and take a photo home to remember.

If you would like to know what towns are in which county,
use these printable pages to find out.