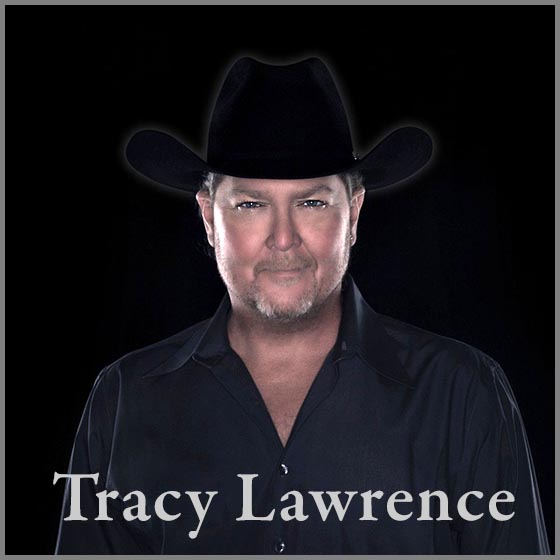 With classic favorites like "Sticks and Stones" and "Alibis", you won't want to miss Country music singer Tracy Lawrence!

Come out to the Georgia Mountain Fairgrounds for our annual Fall Festival and stay for a honky tonkin' good concert with Tracy Lawrence! Lawrence grew up on a solid diet of traditional country and Southern rock and is ready to share his talents with you! With classic favorites like "Sticks and Stones" and "Alibis", you won't want to miss Country music performance!

He signed to Atlantic Records Nashville in 1991 and made his debut late that year with the album Sticks and Stones. Five more studio albums, as well as a live album and a compilation album, followed throughout the 1990s and into 2000 on Atlantic before the label's country division was closed in 2001. Afterward, he recorded for Warner Bros. Records, DreamWorks Records, Mercury Records Nashville, and his own labels, Rocky Comfort Records and Lawrence Music Group.

Cost: See Above for Costs