The Great Smoky Mountains National Park are completely preserved and protected from sale or destruction by the federal government, protecting its cherished contents and natural resources for untold generations to come.  The federal government protects National Forest though they may be used for their natural resource and some lands may be sold according to government approval.  National Park status is the highest order for protection and preservation.

8,000,000 to 10,000,000 people a year visit the natural wonders within the national park. Rushing rivers, creeks and streams make for a fishing person’s paradise; deep coves and the high mountain country take hikers and back packers into the remote beauty of the national park.  Hidden waterfalls and unique rock formation as well as breathtaking views make hiking in the park well worth the journey.  Lost communities abandoned and isolated in the national park take you back to a simpler time to a forgotten world; views from the mountaintops will render visitors speechless.

The beauty of wildflowers and the sightings of wildlife natural to the Smoky Mountains are thrilling.  Over 700 miles of trout streams crisscross the park with more than 800 miles of hiking trails including the Appalachian Trail, which traversed the entire length of the national park traveling along the highest mountain ridges and summits.  Camping in the Smoky Mountains is a special treat due to its historical fame; contact the rangers at the Sugarland Visitors Center or the Oconaluftee Visitor's Center for information about camping, fishing or backpacking in the national park. 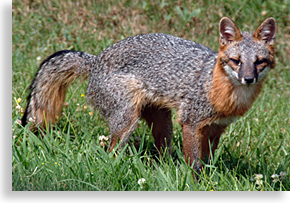 Of the 521,000-acres of national parkland, approximately 100,000-acres are old growth forests. The Smoky and Blue Ridge Mountains were devastated at the turn of the 20th century by large-scale logging.  These 100,000 acres were saved by the creation of the Great Smoky Mountains National Park. The founding of the national park and other national forests like the Cherokee National Forest in Tennessee and the Nantahala and Pisgah National Forest saved all the remaining smaller tracks of old growth forest and placed them under the protection of the federal government.

The Civilian Conservation Corp formed by the federal government took thousand of workers into the mountains and established camps.  Their main objective was to reforest the barren slopes with hardwoods, built trails, bridges, roads and many stone structures located throughout the Smoky and the Blue Ridge Mountains.

To preserve the unspoiled beauty of the Great Smoky Mountains National Park roadways have been limited.  The two most used roadways are paved, the first is Newfound Gap Road which takes you from north to south over Newfound Gap linking the Tennessee River Valley with the mountainous interior of North Carolina.  The second most poplar scenic drive is the Cades Cove Road.  This paved road follows a route along a rushing waterway deep into the Tennessee Smoky Mountains arriving at a lost valley where a 19th century mountain community once thrived.  Everyone should have the opportunity to visit the Great Smoky Mountains National Park; it has so much to offer and it belongs to this nation and its people, a memorable experience for folks of all ages.

Hiking in the Great Smoky Mountains

Camping in the Great Smoky Mountains

Day Use and Picnic Sites in the Great Smoky Mountains

From I-40 in Knoxville: Exit 386B U.S. Highway 129 South to Alcoa/Maryville. At Maryville proceed on U.S. 321 North through Townsend. Continue on TN Highway 73 to the Park.

The nearest major airport in Tennessee is McGhee-Tyson (TYS) in Alcoa, 45 miles west of Gatlinburg. North Carolina's, Asheville Airport is 60 miles east of Cherokee. There is no train or bus service.

Arrowmont School of Arts and Crafts

Arrowmont School of Arts and Crafts is a national art and craft education center located just one mile from the entrance of the beautiful Great Smoky Mountains National Park.  The School offers weekend, one and two week workshops for the beginner to advanced artist, taught by national and international practicing studio artists and university faculty.