There's no other county in the United States, that can tell the story of the

nations first first "major" gold strike, better than Lumpkin County in the North Georgia Mountains. Two decades before the California gold rush in 1849, a major epidemic of gold fever descended upon the streams, creeks, river banks and rock crevices of the southern Blue Ridge Mountains, proving DeSoto's vain effort at success to be, lets say..."right on the money."

This region is rich with history, and has a backdrop that was not only beautiful, but highly dangerous as well. Native Americans were of little threat, they were known as the Cherokee Nation, widely known as the "Civilized Tribe." No problem here, just pack them up, and send them on a all paid government excursion west, the unforgivable "Trail of Tears."

The real danger lied in the unyielding mountainous terrain, unpredictable weather, wild animals, snakes and the worst of all, murderous outlaws. But as usual, ambition out weighed logic and history was made. 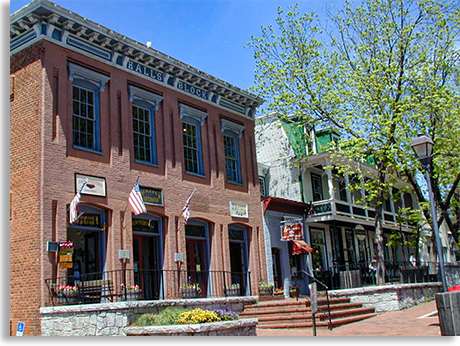 Today, history tells the story of the past, but it's fun that brings today's seekers of adventure. You can pan for gold in designated streams or tour old mines whose proprietors find profit in charging folks for the sheer fun of panning for themselves. It's the mountainous region itself, that calls out the names of those who wish to journey to Lumpkin County.

The southern start of the world famous Appalachian Trail begins just a few miles to the east, and travels all the way to Maine. Lets not forget the many other local trails in North Georgia's Chattahoochee National Forest. There is also, camping, fishing, whitewater rafting, canoeing and waterfalls, the largest being Amicalola Falls the largest set of falls in the east of the Mississippi, roughly 15 miles east of Dahlonega. 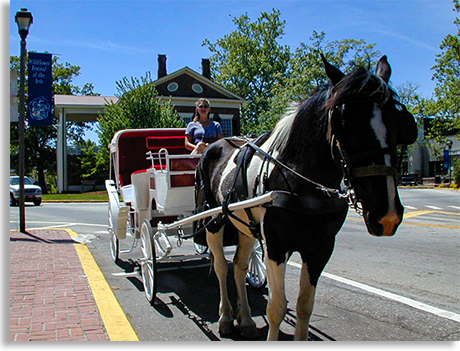 Dahlonega: This town was built out of gold profits and it shows. Dahlonega is one of the prettiest, (for the lack of better word) towns you'll ever find in the North Georgia Mountains. Unlike the Antebellum towns of the south east, Dahlonega is more like an elegant town you'll find in the gold rush areas of the great western United States.

The town square sings its own praise. The Dahlonega square is registered as a National Historical District. The grand old red brick, white column Lumpkin County Courthouse, built in 1836, straddles the whole center square and is now the Gold Museum. On each side of the square and down the side streets are specialty shops, souvenir stores, eateries and more. The buildings in the downtown district are a wonderful works of early architecture, while the residential district surrounding the downtown area, is laced with many large, beautiful old homes.

Just off the town square is North Georgia College and State University. The corner stone of the university is the Price Memorial Building which stands on the original foundation of the first U.S. Federal Branch Mint. The spire of this building is covered in "Dahlonega Gold." The town of Dahlonega is a must see and Lumpkin county is a must to enjoy.

Auraria: The original sight of the largest gold strike in Lumpkin County, but when gold prospecting came to a slow pace, the once thriving Auraria came to a stop. Now, only two original wood structures exist, but for some unknown reason visitors to Lumpkin can't resist driving the short distance to Auraria.

Adventure Camps in the Mountains

Medicine Bow is a 35 acre wilderness school tucked into the Chattahoochee National Forest in the mountains of north Georgia near Dahlonega. The owner and teacher, Mark Warren, guides his students toward their own unique relationship with nature through the Earthlore accumulated by the Native Americans.

Through the classes of Medicine Bow nature takes on new values as the source of food, medicine, craft materials, fire, tools, shelter and primitive weaponry. Learning through the patient methods of the American Indians, students encounter a vast academic growth as well as a spiritual one.